As we know, as human beings, time and space are the scariest resources that we have

So, we should use it wisely to produce efficient results with speed

For example: Suppose you are given the task of transferring media files to some other country

What will you do?

You might say, you will transfer it through the internet but the problem is that the file is large (20TB) terabytes and you have internet with a bandwidth (transfer rate of 1000 Mbps)

How much time will it take to transfer through the internet?

It will take 2days and 52 minutes, 2 seconds 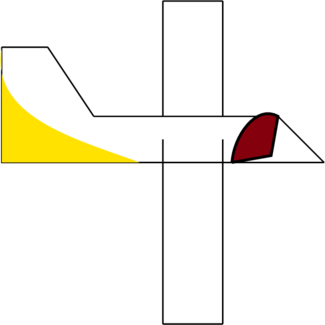 So, that it will be delivered within a few hours to the desired  destination

To sum up: big O notation is a way to describe the algorithmic complexity of a function for a given  n amount of input

How to describe the runtime of an algorithm

For internet transfer:  we can describe the runtime of  a data transfer algorithm as O(s) where  ‘s’ is the size of the media file

for aircraft transfer: we can describe the runtime of a data transfer algorithm as O(1) because the time will remain constant no matter how much the size increase

Note: you should not have to use O(n) in every equation that,  you write, instead you can use  other variables such as O(s)

For example, for the loop shown above, we can write runtime of it as O(b) instead of O(n) 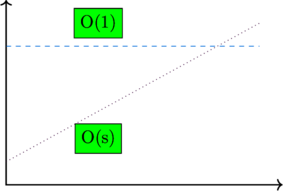 Why we use time and space complexity

How to express time and space complexity

Where n is the size of the input

With time and space complexity, we want to predict the complexity of the algorithm as input size increases 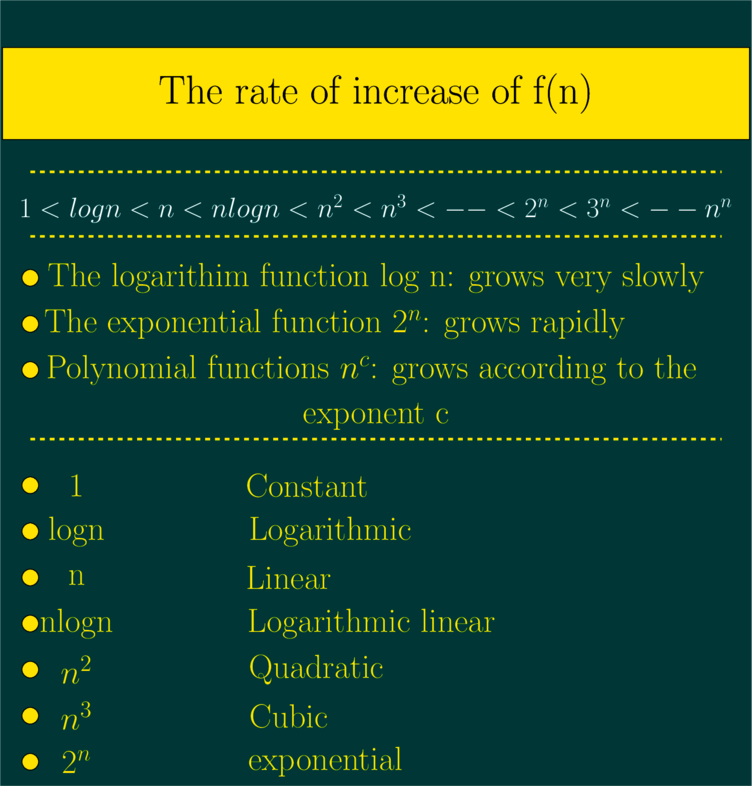 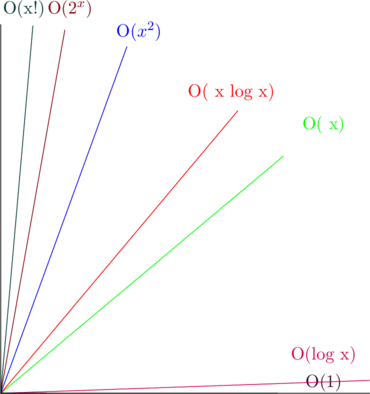 What causes a space complexity in a function?

Some basics rules of big O 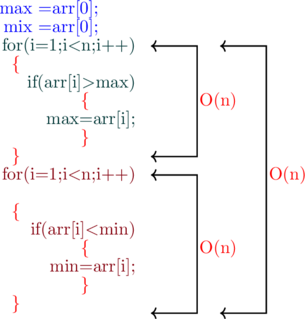 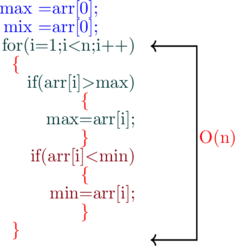 So, what do you think? which  code snipped will run faster?

Do you know? Both the code snippets will take the same time to run the code

You might say the first code snipped contain two loops so, it will take run time as O(n)+O(n)=O(2n)

Let us consider, a code snippet as mentioned below

As we said, we should neglect the constants but what if we have an expression like this O(

+n), then  here n is not exactly a constant

What will you do?

When it comes to big O notation, we usually care about significant terms that have the most impact, and also, remember, as the input grows larger then at that instant only the fastest growing terms matter most than constants 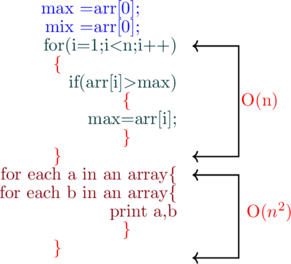 ) cannot be reduced until you have some specific knowledge about it

Consider the two code snippets first and second as mentioned below

Most people would get confused here, at this instant, they would say both, they find codes snipped are similar so, therefore it is O(

Remember  when n is the size of the array, if the code snipped have two different arrays then it does not mean  the length of the entire array

The constant time does not depend on the input size

The above program is having O(1)

Where O is called  “order of”

It usually, depends upon, how many elements are there in an array suppose, if we have n elements in an array then, in that case, the time taken will be O(n)

On the other hand, if we iterate half of the loop then at that instant, the time taken will be O(n/2)

With every iteration in linear loops you can ADD or SUB

With every iteration in Logarithmic loops, you can Divide or Multiply

The time taken by logarithmic loops will be O(log n)

A loop that contains loops inside it, is called a nested loop

Every iteration of the inner loop is multiplied by 2

The time taken by the quadratic loop is given by O(

In a dependent quadratic loop, the inner loop will be dependent on the outer loop

Let’s talk about a big O that you won’t likely encounter in case, if you are writing some code  and you have O(n!) complexity then that means you are doing something wrong

You probably won’t  encounter it but it exists

Suppose, we have a function called one that has two statements that are  of O(1) and, O (1), and also a loop that contains another function called two that is outside the function one

As we know, always a for loop will be linear, so, O(n) while, the function called two is dependent upon the input size so, O(n)

Next, consider a random statement (let stranger =true;)that will get executed as many times as the input size so, O(n) then the statement a++; is also in the loop so, O(n)

Let us suppose, we have a function called print all numbers then all pair sums

In the first part of the code, print all the numbers in an array that is of O(n)

The second part of the code, contains two for loops that are of O(

The purpose of the rule#3 is to neglect the non dominant terms which mean we care only about the most important term, in this case, we neglect the O(n)

Because as the input increases the size of the

is more important than O(n)

So, that means we always keep the most dominant term

Let’s see, another example to make the rule #3 clear

Suppose, we have a BIG O(

Next, how do we simplify the above BIG O by using rule #3?

As we know, the  rule#3 says we only worry about the most dominant term because the term

increases most rapidly than any other term in the BIG O

Let’s suppose, we have a function called Demo that prints out “hi there” 5 times  then the time complexity of that function will be O(n) and space complexity will be O(1)

Why the space complexity is O(1) here?

Because The only thing the demo function is doing is creating a variable called let i=0;

That’s it! We are not adding any additional items to the memory

Why the space complexity is O(n) here?

Because we created an array and fill it with the item “hi” and we also created a variable  but as per our big O rule #2 we neglect the constants so, it will be O(n) 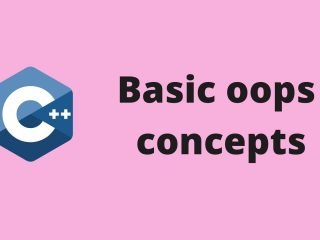 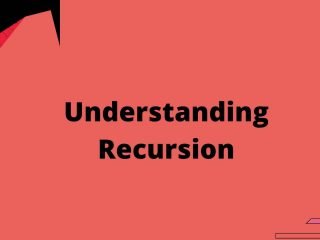 Next Post (n) Understanding recursion with a simple example