also both the hosts  are connected to a

in reality, You can launch the above topology on the network by a command mentioned below

At this instant, you can see the command sudo mn creates

in the first place, You can check the interfaces of the host

by using the below command

Similarly, you can also check interfaces of host

another key point, To exit the ping command use the short key Ctrl+c

in similar fashion, To exit the current topology  in the Mininet use the command mentioned below

You can also view links information

in the same fashion, To view the number of nodes in a topology

in the same way, Shows the connectivity between nodes of the topology 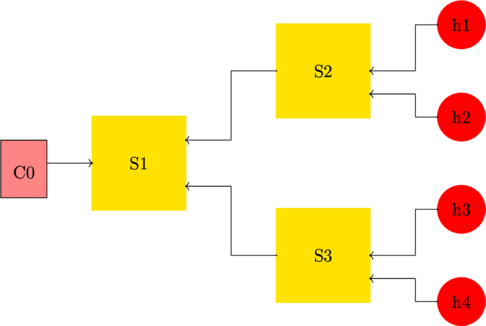 As you can see, we have another Mininet topology to implement

so, you can launch the above topology by using the below command

to sum up, The above command shows that it will launch a tree base topology and depth=2 means the height of the tree will be two

to be sure, Fanout =2 means the children that each node will have will be two

in short, With the help of the above command, the mininet created a network topology by adding four hosts to the network

Finally, you can ping one host to another host in this network topology such

How to compile a python script with Mininet

So, to compile python scripts on Mininet first type the command mentioned below to check whether you have python ide

If you see some python version such as python 3.8.5 or any other version that means you have a python ide on your system

this time, To exit from python-mode

Note: that the commands that you use in the linux terminal are also applicable in the Mininet terminal

on this occasion, Let us create a folder for python scripts

in the first place, Get in the directory or folder Mininet_scripts

in the second place, Create a python file and edit it

in the third place, Type your python script

in the fourth place, Save and exit the python program by a short key  Ctrl+d

this time, Compile the python script

in the final analysis, To exit the nano command to use Ctrl+x 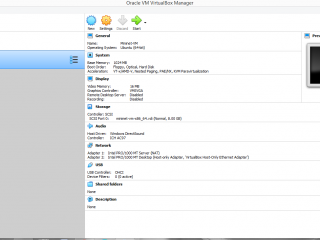 Previous Post (p) How to install Mininet with virtual box 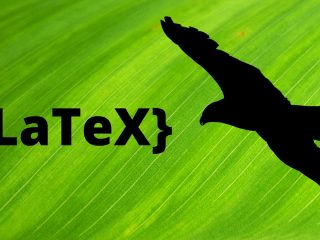