Because if you apply high voltage to led it will burn out similarly, while designing an electrical circuit, if the resistor values are incorrect then, in that case, the resistor will also burn out

For example, if you apply a 5mm led to a 9V battery then, at that instant, it can instantly burn out the led

Led is a light-emitting diode that usually, comes with different colors and features such as 5mm LEDs, 10mm LEDs, and 3mm LEDs

During the circuit design, it is crucial to know three factors of led and you can find this information in the datasheet of the led or the website where you have purchased it 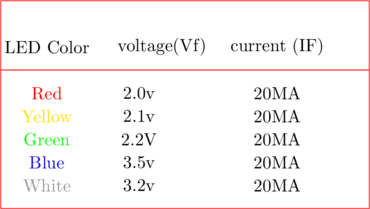 Identify the right resistor for the circuit 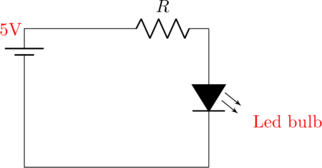 Suppose we are having an Arduino due that has an output voltage of 5V and we have a 5mm red led which have a forward voltage(Vf) as 0.2v and current(IF) as 20MA from its datasheet

We can figure out the right resistor for the above circuit 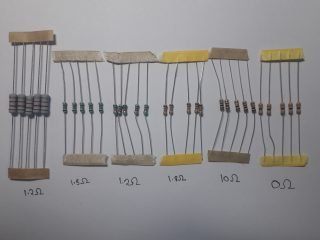 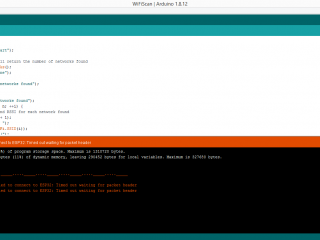 Next Post (n) A fatal error occurred: failed to connect to ESP32: Timed out waiting for packet header