Abstraction: is an interface that provides the non specific implementation of the logic

Implementation: implementation of the abstraction, which is responsible for low-level work

Why we use a bridge design pattern?

Suppose you have a family class which is an abstraction or interface through which you have inherited father, mother, and toddler

All the family members have their way of movement logic such as father goes to the office, mother stay at home

+ go to the office

+ go to the meeting 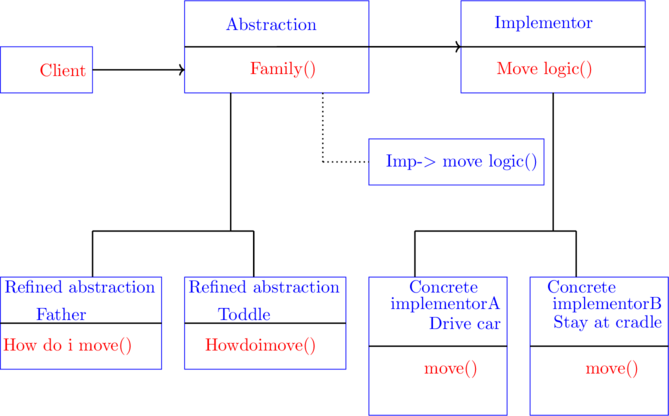 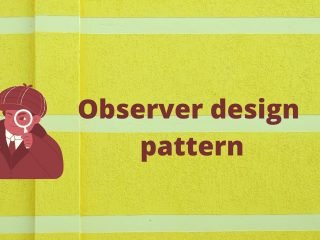